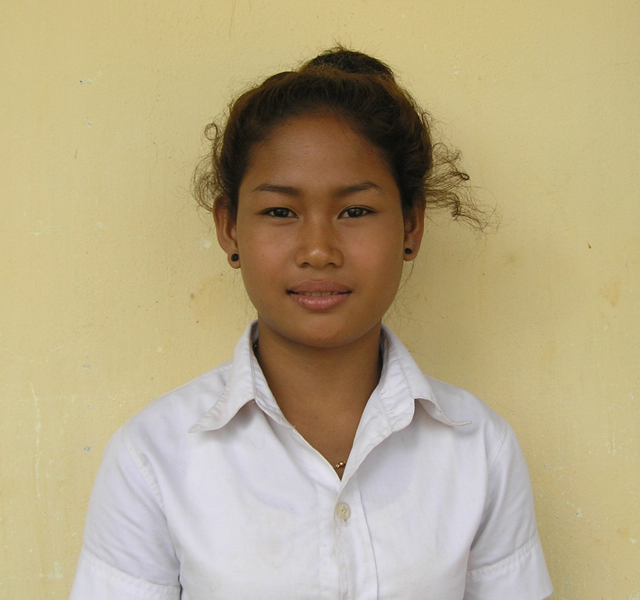 The word  “courage” means correct, brave and proud of what we have done successfully with our own confidence. We should not think we cannot do things.

In 1979 after the Khmer Rouge regime was ousted, my father returned home and looked for my mother and relatives. Finally, they met each other in what we called “the family reunion.”

My parents are farmers and they grow rice. Besides growing rice, my father climbed up the palm trees to collect palm juice to make palm sugar to support the family. After that my father started drinking wine and smoking cigarettes. Every time he was drunk, the violence happened in my family. Every time I saw my father, I tried to persuade him to stop drinking. He got very angry with me.

Later, my father became seriously sick. My mother sent him to the hospital and the doctors said that he had liver cancer. He died a few months after he was diagnosed.

After my father passed away, my mother decided to stop my 14-year-old brother from going to school. For my part, my mother asked me to wash clothes for the neighbors and other villagers to get a little money to support the family.

My mother works very hard to earn money to support my siblings and me to go to school like other children in the village. My mother and my brother went to the Phnom Penh suburbs and started to collect palm juice to sell for money. The business there is going very well.

My mother sends money home every month. I stay home to look after my brother and sister. My siblings and I go to school everyday. The work of my mother and brother make me love them so much and I swear that I have to study hard until I finish high school. 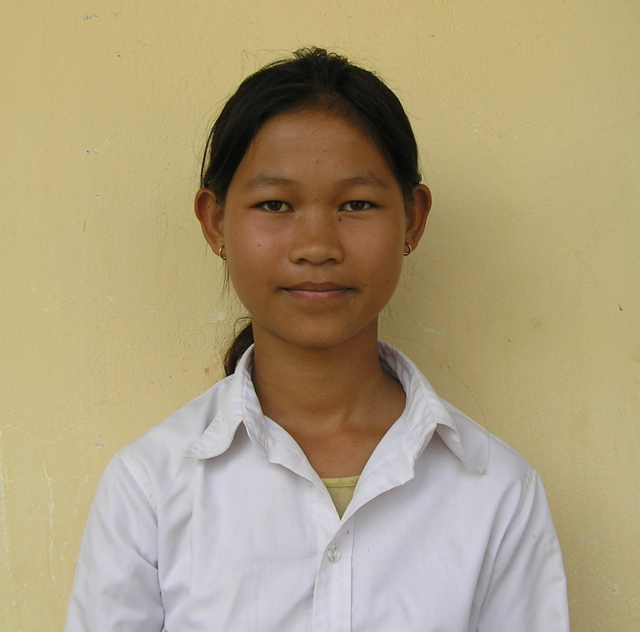 I understand the word “courage.” It means that everything is done through our efforts and difficulties.

After the Khmer Rouge regime, like many people who have survived the genocidal regime, my parents came back home to start a new life with nothing. They grew rice and climbed up palm trees to collect the palm juice for making palm sugar to sell at the local market.

My uncle was a motorbike repairer in the school village. He had five children and his wife was a rice farmer. He earned money by repairing motorbikes to support his family and help his five children to go to school.

One day while my uncle was repairing a motor bike, there was a drunk man driving motorbike who fell down in front his small shop. He helped the man and took him to the district hospital.

Villagers advised him to go to the hospital so my mother took him there. Doctors asked him to have his blood tested. A few days later the results showed that he was infected with HIV disease. My uncle remembered that he was transmitted the HIV virus by contaminated blood from the drunk man who had the traffic accident a few years ago. The man that my uncle helped and sent to the hospital was an HIV patient and died of AIDS a year later.

My uncle became weaker and weaker because he had no money to buy the medicine to cure HIV. He died in year 2006 and his wife is also now HIV positive.

My aunt had no choice other than to ask her oldest two sons to leave school. These two children have to climb up palm trees to get palm juice to make sugar to support the whole family, especially the younger brother and sister who are going to school. Eventually two of my cousins also stopped studying because the family is very poor.

Only one brother is still able to go to school, supported by the earnings of his older brother. All of his friends look down on him because his father died of AIDS and his mother is an HIV carrier.

Even though they look down on him, he still keeps going to school regularly and studying hard in 7th grade. He gets good results in every semester because of his courage.